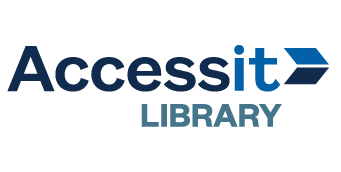 Welcome to our A Level Sociology section

Within these pages you will find lots of information about the subject. If you have any queries regarding A Level Sociology, please do not hesitate to get in touch with me.

Students will sit three two-hour exams in June of the second year of study.

Within the field of Sociology, student study –

The central focus of study in this specification should be on UK society today, with consideration given to comparative dimensions where relevant, including the siting of UK society within its globalised context.

Students must be able to apply sociological research methods to the study of education.

Paper 3 – Crime and Deviance with theory and methods

Throughout, students should be encouraged to use examples drawn from their own experience of small-scale research.  Attention should be given to drawing out links with other topics studied in this specification.

Welcome to our A Level Psychology section

Below you will find lots of information about the subject If you have any queries regarding A Level Psychology, please do not hesitate to get in touch with me.

A Level Psychology(Exam board AQA Psychology 7182)

Students will sit three two-hour exams in June of the second year of study.

Students should be able to

Knowledge and understanding of research methods, practical research skills and mathematical skills (see Annex: Mathematical requirements and exemplifications) will be assessed in Paper 1. These skills should be developed through study of the specification content and through ethical practical research activities, involving:

In carrying out practical research activities, students will manage associated risks and use information and communication technology (ICT).

The basic assumptions of the following approaches:

Students should demonstrate knowledge and understanding of the following research methods, scientific processes and techniques of data handling and analysis, be familiar with their use and be aware of their strengths and limitations.

Paper 3 – Issues and Options in Psychology

3 of the following are chosen for study

Issues and debates in Psychology